You Have No Power Over Me (Labyrinth) 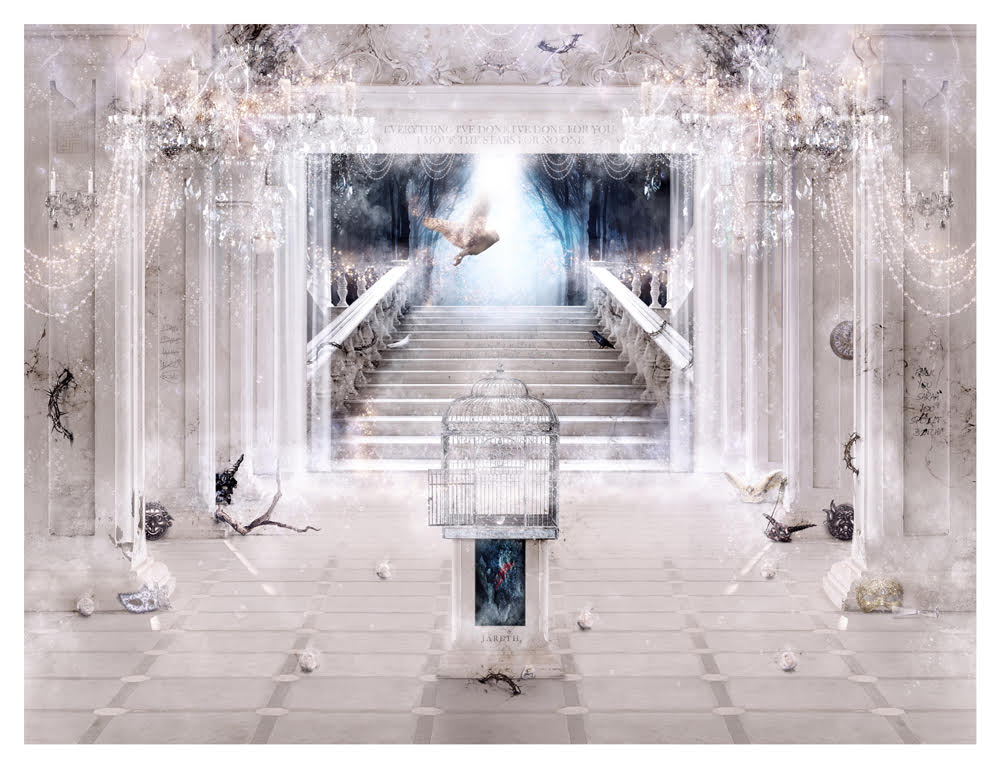 You Have No Power Over Me (Labyrinth)
by Mark Davies

Limited Edition print based on the film Labyrinth.

This is my interpretation of the incredibly iconic Labyrinth that starred David Bowie, I bloody loved this film and have great memories of watching this as a kid at Christmas. I have wanted to tackle this classic for a good while, I chose not to in late 2016 for my previous Lost in Hollywood collection as I wanted enough time to elapse after Bowie passed and to be able to create a classy tribute to the legend whilst also doing the film itself justice.

I have chosen to focus on the surreal Jareth’s ball scene from the movie, the option to show within the maze itself was there but I wanted to do something much lighter, more classic. I set out wanting to create a beautiful, dream-like piece that is visually light but has dark forces working throughout the scene to mimic the qualities of the film that was unquestionably equally dark as it was bizarre.

I constructed the scene from scratch, utilizing parts of images that I saw potential in that allowed me to build my ballroom to match what I had in my head, one that drew from the characteristics of the one shown in the film but to take it to where I wanted to go. The composition channels the eye through the scene and up and out to the top of the steps to a point where you use your imagination to decide what is through the forest. This perspective creates a sense of journey that was key to the narrative, culminating in thirteen steps to the staircase – a nod to the thirteen hours that Sarah had to defeat the Goblin King. There are subtle references within the scene that are from the film or an interpretation of elements, I will leave you to find these. The darkness that runs throughout is represented not just by traces of blackened smoke but by the thorns that weave down stone balustrades and break through the walls. This creates a dramatic contrast to the whimsical ballroom whilst also showing a continuation to past pieces such as ‘Marry Me Bitch’ and ‘Where Demons Roam’. The lead focus to the piece and to the concept is the open cage that sits on the stone column. The owl is shown flying away which hints at the Goblin King being defeated at the thirteenth hour.

This leads onto the underlying concept that I have introduced into this piece in that the cage represents Bowie’s disease that restricted him, the open door and the owl in flight symbolizes his passing and being free again. A single dove feather sits within the cage, you might expect this to be an owl feather but it is a dove to signify not being alone. I feel the owl in flight is a powerful image in itself but when you then look at it from this angle then it gives the piece a subtle and poignant quality where an iconic film, and genuine icon are have been respected.