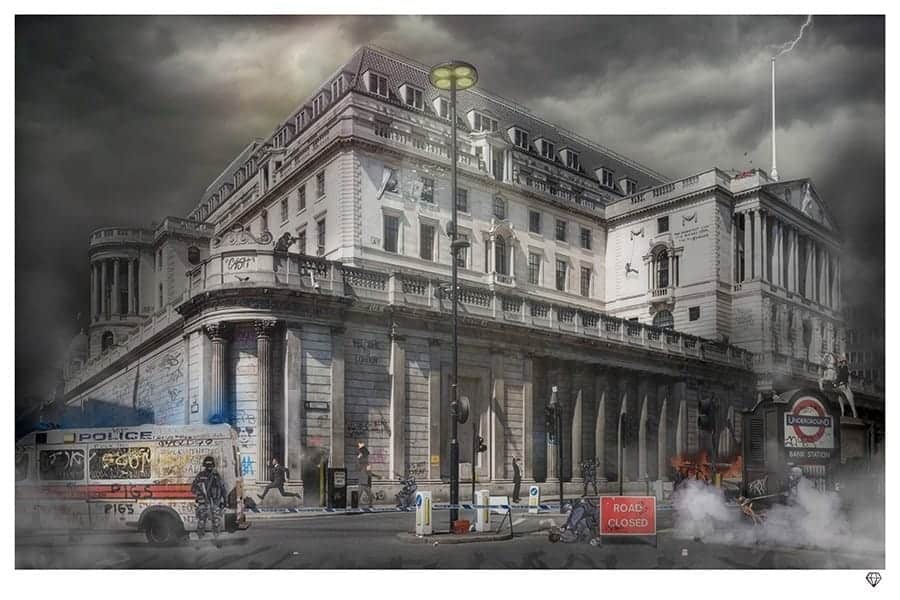 The title is a satirical / ironic play on words.

The idea behind the piece is highlighting the generalisation of the public perception of corruption within the banking system, the greed and commentary on the bonus system banks have, austerity & money in general as well as fear factor predictions on the financial markets due to the impending fall out of Brexit.

In this scene, the police are arresting and chasing down bankers while the bankers are running riot and destroying evidence.

It takes place at the Bank of England in Bank, London.

The Police van source image is taken from a genuine photograph from the Croydon Riots in 2011.

The graffiti inclusions are derived from my own reflections on general consensus, expressing the tone of the current political & financial climate. Tags such as, “Without money we’d all be rich” and “The government lies, the banks steal, the rich laugh” are on view for all to see.

The statue with the traffic-cone on its head is a play on “The Duke of Wellington” statue that is found in Glasgow.