Rise Of The Machine 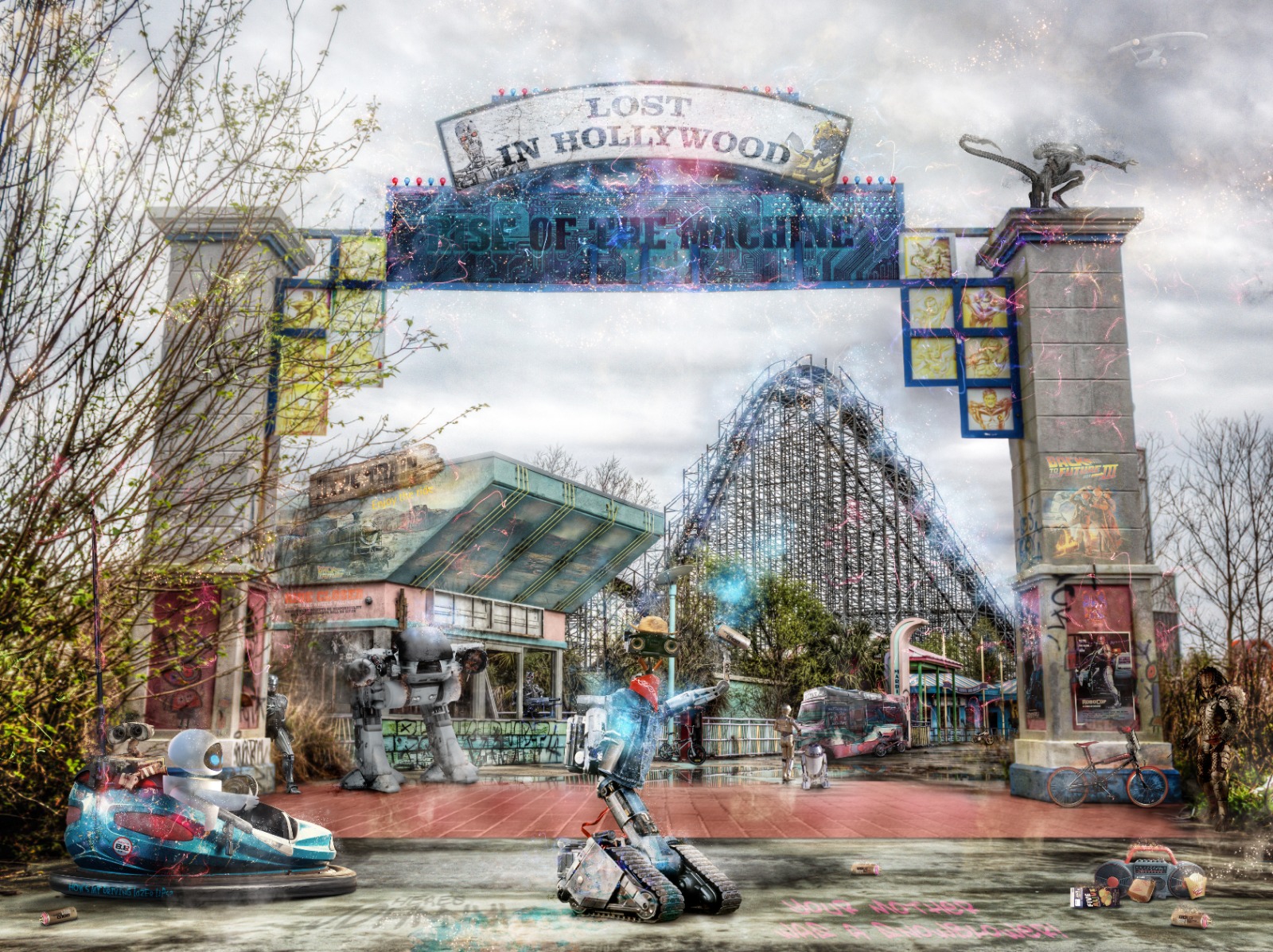 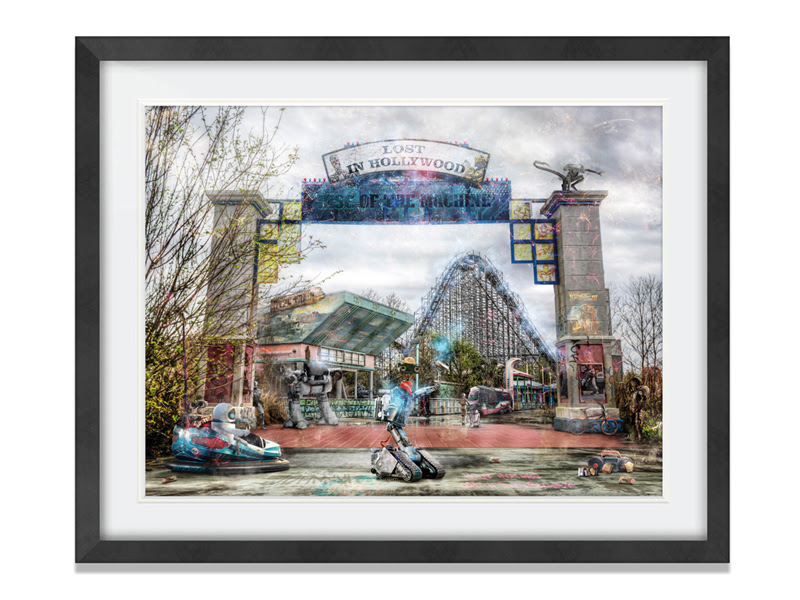 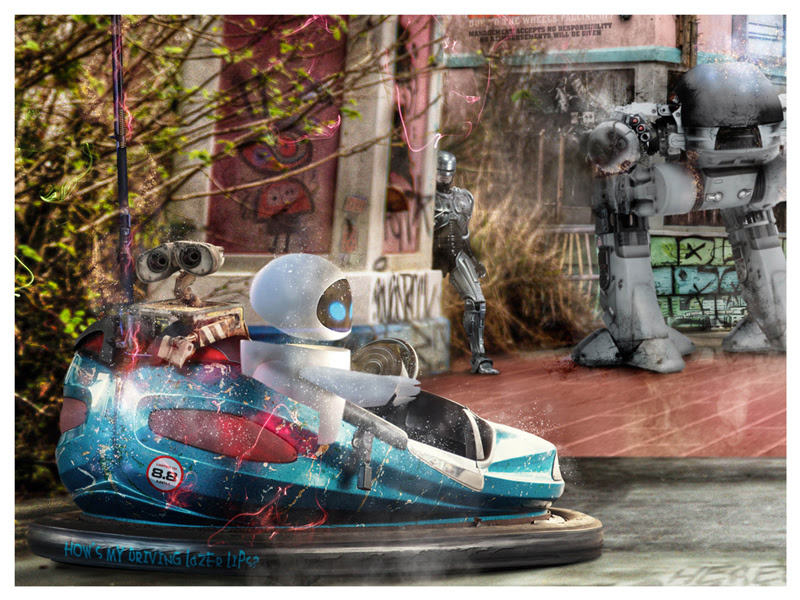 Rise Of The Machine
by Mark Davies

Rise of The Machine

Rise Of The Machine

Here’s something very different for me, a scene that showcases the characters rather than eluding to them. The reason for this will become clearer in 2020 as part of my recently established ‘MD Studios’ brand but I do love the impact of this addition, something that I embraced with the ‘The Fight Of Our Lives’ (Avengers) original and ‘My Greatest Adventure’ (UP) original that went to the U.S.

My ‘Lost in Hollywood’ collections have been so incredibly well received by collectors and with my previous collection continuing to be popular in galleries I was keen to create a piece that followed on and would sit really nicely within the movie artworks yet offer something a little different.

What we see is an abandoned theme park that is starting to be reclaimed whilst an imposing entrance to ‘Lost in Hollywood’ world frames the scene. The cool thing is it is all a question of timing and what you see compared to what you could have missed. My previous style of not showing characters could have existed a mere ten seconds prior to what you now see, yet you now see a scenario where the machines are rising up and taking control.

Like with so many other movies I have toyed with the idea of interpreting ‘Short Circuit’ for years and it was at a charity event earlier in the year and the day after ‘Lost in Hollywood 2’ was released that I was heckled by Johnny 5! It reminded me just how much I loved him from the films so I had to give him the lead role here. It was his mischievous character that is shown again here as he goes on a mission to ‘tag’ the park.

I always have the main hook when planning each piece but I love to see how it evolves and adjusts as you create and build each scene and that is personified by a bumper car rocking up (well at a steady 8.8mph!) and being driven by EVE and WALL-E, totally random but really quite cute. Other iconic machines and characters play their part, quite something to imagine being stood there as Alien and Predator jump into view! Then ED-209 takes his position, he scared the hell out of me as a kid when I first watched Robocop on VHS with my mate Keith. The brutality was so raw and real I had never seen anything like it and it still freaks me out seeing the sense of panic in the room as the countdown starts. You have twenty seconds to buy!

Be the first to review “Rise Of The Machine” Cancel reply