Perfection Through The Eyes Of a Stork 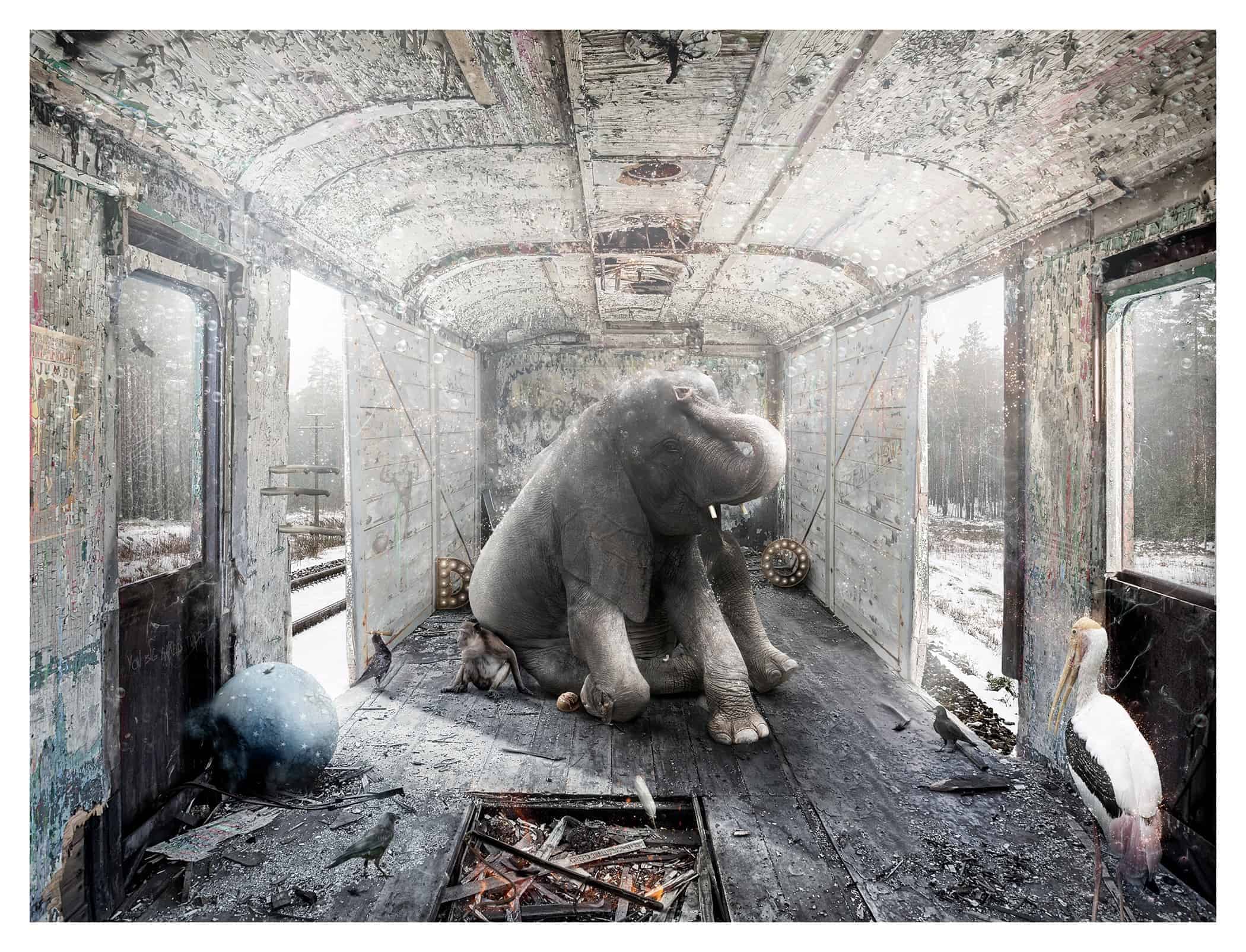 Perfection Through The Eyes Of a Stork
by Mark Davies

My interpretation of the much loved Dumbo! The concept of this piece is to embrace the emotion that radiates from the lead character that interacts with another – so in this case it shows the unbreakable bond between the elephant and the stork that originally delivered the little man to his mother. The stork sees only perfection when looking at Dumbo, where others only see opportunities to exploit and to mock. The scene shows a forlorn Dumbo sat in a battered and ageing circus train carriage unwilling to come out, evidence of those that have contributed to his lack of confidence and self worth is all around him. A circus monkey stares at a crow holding a cigar (a reference to the original animated film) whilst a tiny mouse stares up towards Dumbo to try and get his attention whilst he is surrounded by other crows.
The contrast between dark and light, good and bad is played out through references such as the contrasting black and white feathers that are dotted around the carriage. The aim was to create a random but beautiful image that displays this connection and sense of pride yet one that still has a dark side that burns. Scrawled messages and a burning ringmaster’s whip that sits next to a piece of wood featuring the ‘greed breeds monsters’ message that I have used as an overriding concept in numerous pieces and points the finger at those that exploit for personal gain. Further evidence of the darkness is shown by the knives that protrude from the carriage wall, making you think whether the knife thrower is simply sharpening their act or has darker intentions. There are clear references to the story of Jumbo, the African elephant that inspired the film, sticky buns and cracking posters are a nod a non-fictional event that was full of controversy and uncertainty yet focused on a deep bond between two characters