One More Round (Rocky) 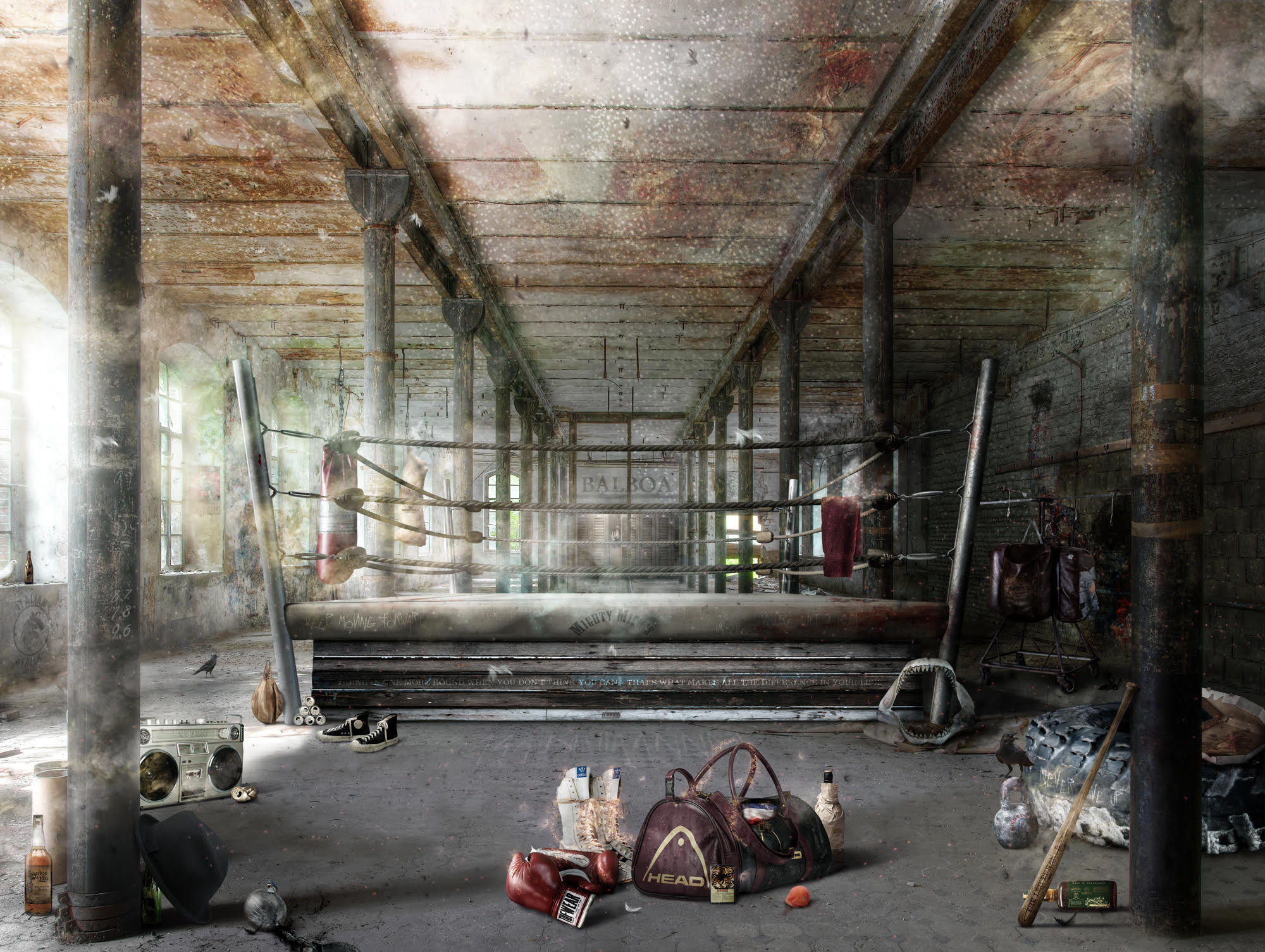 One More Round (Rocky)
by Mark Davies

Limited Edition print based on the film Rocky

Back in 2016 as part of my Lost in Hollywood collection I created a dramatic silhouette of Rocky with his arm punching the air, there was only ever one choice of pose for that piece and the reaction was amazing. A more recent highlight was creating a tailored version for Josh Warrington – the IBF World Featherweight Champion.

A sequel to BALBOA was always on the cards but it had to be a scene piece to tell the story and allow me to inject my signature style of touching on the darker side of the character and the world that he resided within. The more I researched the concept it grew stronger and stronger and an absolute must.

Set within Micky’s Gym (or my interpretation of it!) an imposing boxing ring dominates the room, bloodied and stark it pulls no punches as to the harshness of the pursuit to a means to an end, a way out from the shadows.

This piece casts light onto Rocky’s dark side and into the world that he resides, through circumstance rather than choice. Key details are positioned that combine to cast shade onto the light at the end of the tunnel. There are references to the thoughts and demons that go toe-to-toe with him daily, where he is fighting against his self-doubt as well as the doubters.

The composition shows the closeness that darkness and light reside and how failure is merely an arm’s length away from victory, when you choose to pick up the bottle or bat. When you’re down and out and on the ropes trading blows with life it’s all about drawing on that inner strength to get back out there.

Whether you’re driven by hate or consumed by fear, draw strength in the key quality that you have, that talent and bloody well go for it. ‘One More Round’ personifies the following quote: “The world ain’t all sunshine and rainbows. It’s a very mean and nasty place… and I don´t care how tough you are, it will beat you to your knees and keep you there permanently, if you let it. You, me or nobody, is gonna hit as hard as life. But ain’t about how hard you hit… It’s about how hard you can get hit, and keep moving forward… how much you can take, and keep moving forward. That´s how winning is done. Now, if you know what you worth, go out and get what you worth. But you gotta be willing to take the hits. And not pointing fingers saying: You ain´t what you wanna be because of him or her or anybody. Cowards do that and that ain´t you! You´re better than that.”

Be the first to review “One More Round (Rocky)” Cancel reply