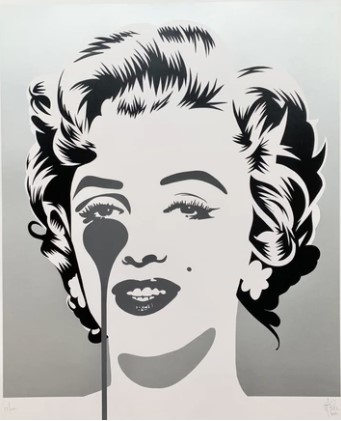 This image of Marilyn is taken from a publicity photo for the film Niagara, an American 1953 film noir thriller film directed by Henry Hathaway.

The film stars Marilyn Monroe, Joseph Cotten, Jean Peters and Max Showalter. It was one of 20th Century Fox’s biggest box office hits of the year. Unlike other film noirs of the time that were filmed in black and white, Niagara was filmed in “three-strip” Technicolor .

Monroe was given first billing in Niagara, which elevated her to star status. Her following two films of that year, Gentlemen Prefer Blondes, with Jane Russell, and How to Marry a Millionaire, with Betty Grable and Lauren Bacall, were even bigger successes.