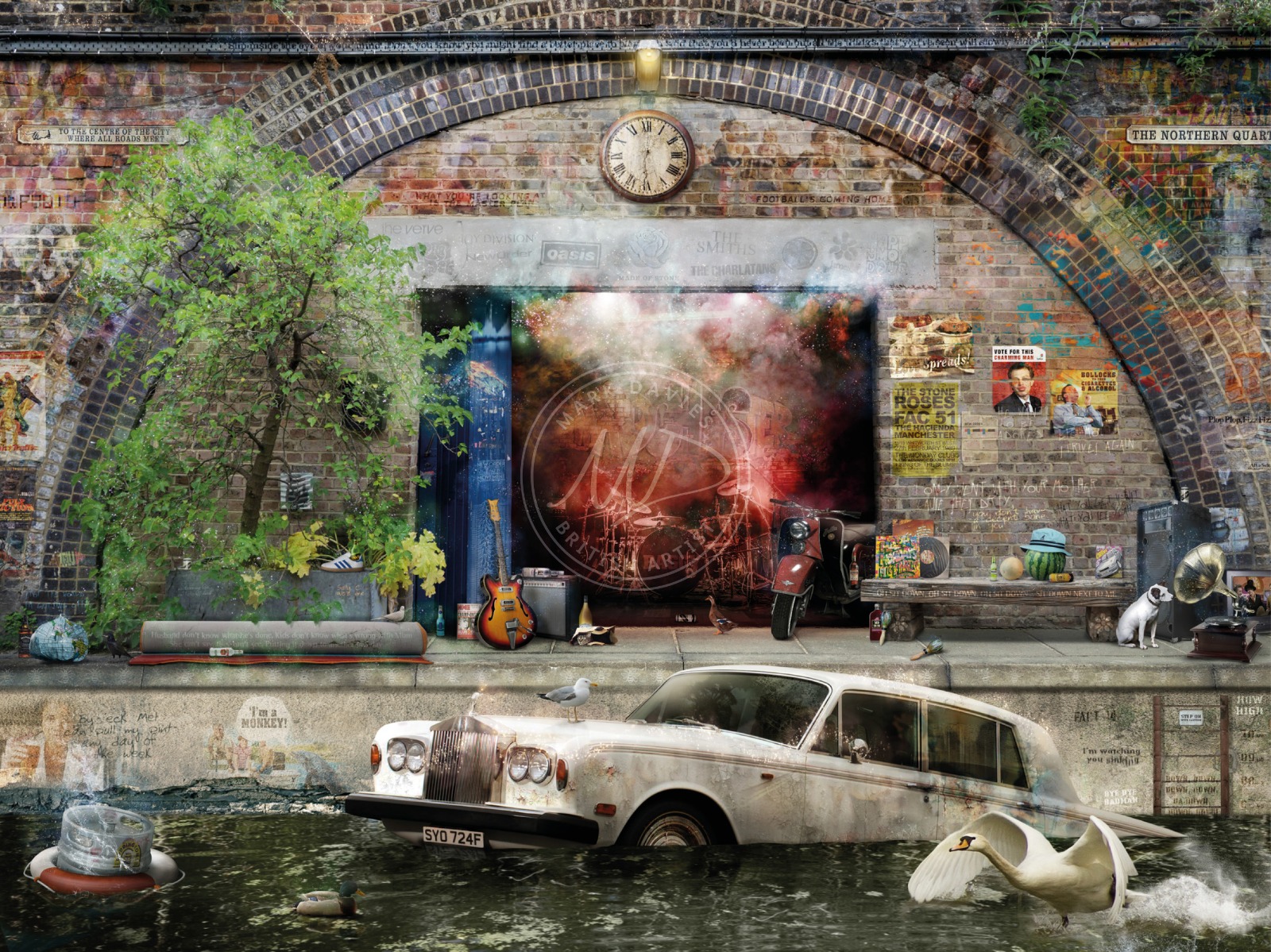 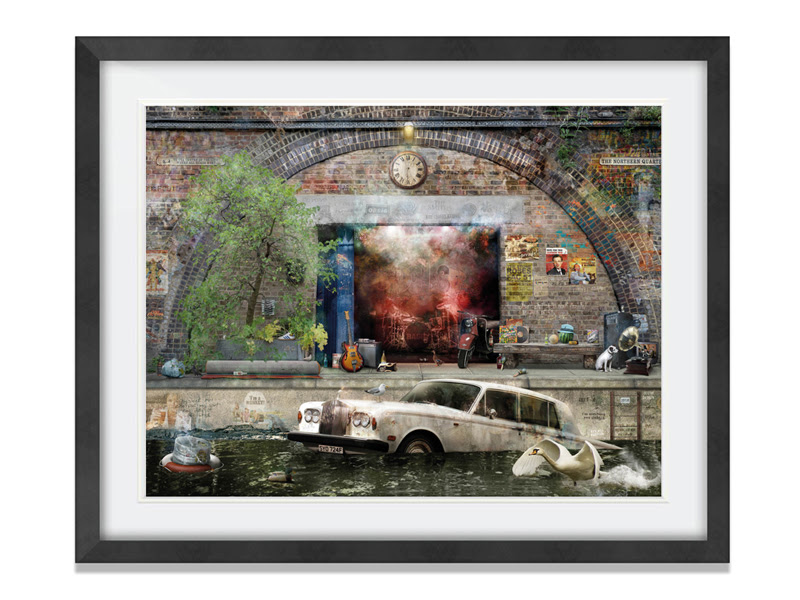 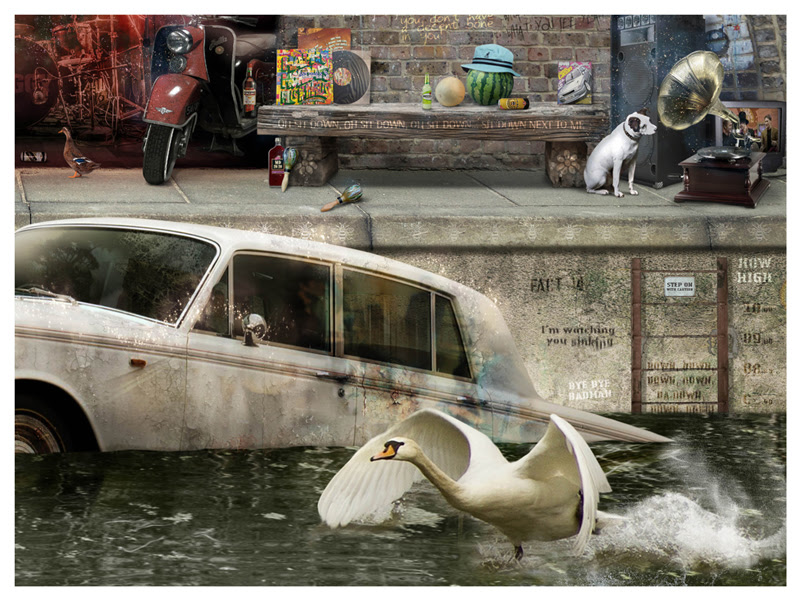 Mad For It
by Mark Davies

This was the first piece that I created for my ‘Retrospective’ collection and I loved every minute of it, and there were a few, it took bloody ages! In the back of my mind was the pressure that there needed to be a sequel for ‘The Memory Remains’ and that was always going to be inside the toy shop. Collectors really loved the street scene and my aim for ‘Mad For It’ was to create a music driven piece that had similar traits to the street that was littered with details but from another era.

I was lucky enough to be a kid in the 80’s but wow what a decade the 90’s were to be a teenager in! I started off being drawn more to the likes of the Chemical Brothers and the Prodigy, oh and randomly 70’s disco classics! My biggest musical regret was missing out on the iconic Oasis at Knebworth concert as it was just down the road from me and my mates had the time of their lives there. I remember listening to it unfold on local radio and from then on, I was hooked.

As like the brilliance of the nu-metal bands in the late 90’s and early 2000’s, the ‘Madchester’ era was like no other, what a phenomenal number of bands from such a concentrated spot in the U.K. My aim was to capture this along with a large number of iconic references that we remember well from that period.

The very first seed for this piece started years back and it was going to focus on the iconic Hacienda yet that switched to what we see here where we focus on the earlier stages of each band where they played in dark and cramped clubs. As like ‘The Memory Remains’ piece that gave you a glimpse of what lay inside, we get the same intrigue here with a look into the smoke-filled venue where all of the bands played before moving onwards and upwards.

I have always loved music album cover artwork and there are quite a few for you to spot, some subtle whilst the most blatant being the iconic floating Rolls Royce that was inspired by the Oasis ‘Be Here Now’ album cover.

I will leave you to seek out all of the details, some are completely random as you have come to expect from me – anyone who can explain the ‘Flipper’ dolphin reference is worthy of wearing a crown for the day! I absolutely loved creating this piece, the soundtrack in the studio was something else and without doubt, contributed to the success of this piece and prompted a good number of last-minute references. Slip inside the eye of your mind as some might say.

Be the first to review “Mad For It” Cancel reply