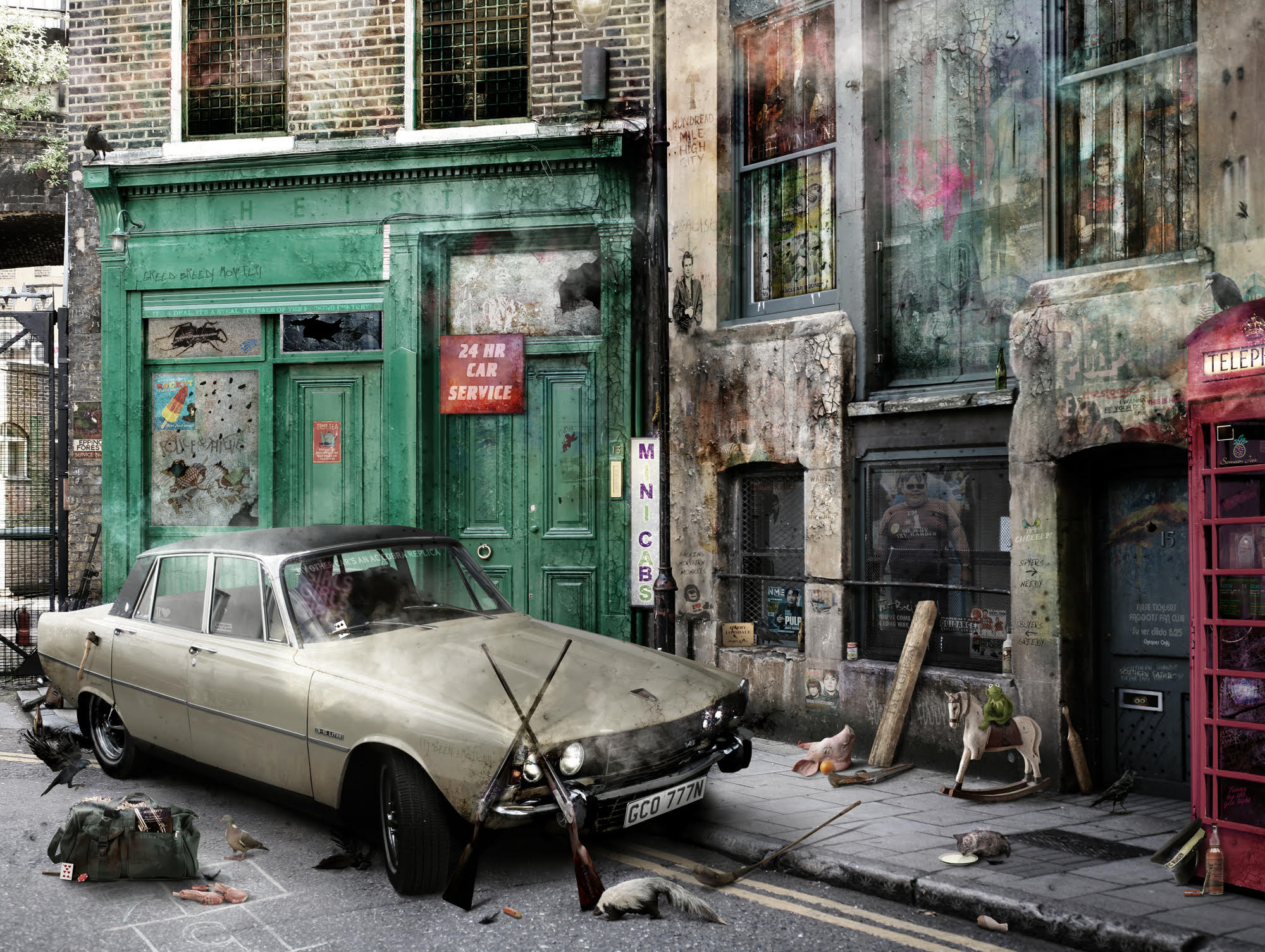 Limited Edition print based on the film Lock Stock.

Moving up a decade and into the late 90s, what a film Guy Ritchie’s ‘Lock Stock & Two Smoking Barrels’ is. A classic example of an incredibly complex and clever plot that leaves your head all over the place even after you’ve watched it again. It’s genius!

I was drawn to creating a piece based on this film in the same way I was towards ‘Trainspotting’ because of it’s grittiness, quality cast with legendary quotes and also a stunning soundtrack. It has everything and again like I have found myself repeating over and over again to my daughter recently, what a truly great decade the 90s were for music as well as everything else!

Music always plays a big part in my artworks and consumes me whilst I am creating each piece – without doubt the bands from the 90s’ were just endless and listening to them all at full pelt almost meant me rupturing my tendon in my foot again but I came out of it unscathed! It is definitely one of those pieces with the intensity of the detail that makes the process all a bit of a blur!

The general consensus when hinting to others that I planned to take on this movie was for a decision not to be taken lightly, it’s an absolute beast of a film and one that consistently generated a twinkle in the eye before blurting out an often X-rated line from the film!

I took on this piece with the view of achieving the qualities of my ‘The Memory Remains’ piece where a street scene was completely littered with references with the backdrop displaying a mash up of iconic music albums from the era, to create something that you spend an absolute age seeking out all of the details, some blatant, some much more disguised.

Another quality was that there were so many great motors within the film, and I do love my cars! So, the question was which one would feature, being a football man and a Leeds United fan it had to be Vinnie Jones AKA Big Chris’s Rover, what a car and what a complete nutter!

This was a piece that had to be cool, gritty, naughty and a break from the whimsical and beautiful for sure. Without a doubt this was the film that I took the most notes from whilst re-watching, pages of quotes and random objects – I’m pretty sure that they all made it into the final cut, oh and yes I did dare to include it 😉

I hope you enjoy this piece as much as I do, it’s a deal, it’s a steal, it’s the sale of the… well you know the rest!

Be the first to review “It’s A Deal, It’s A Steal (Lock Stock)” Cancel reply