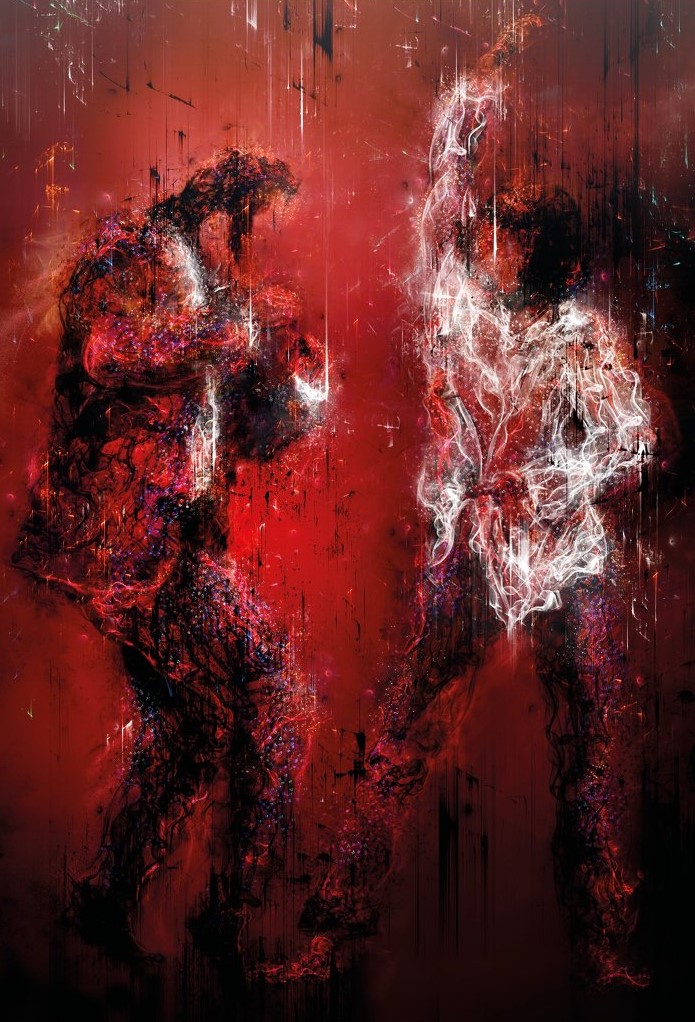 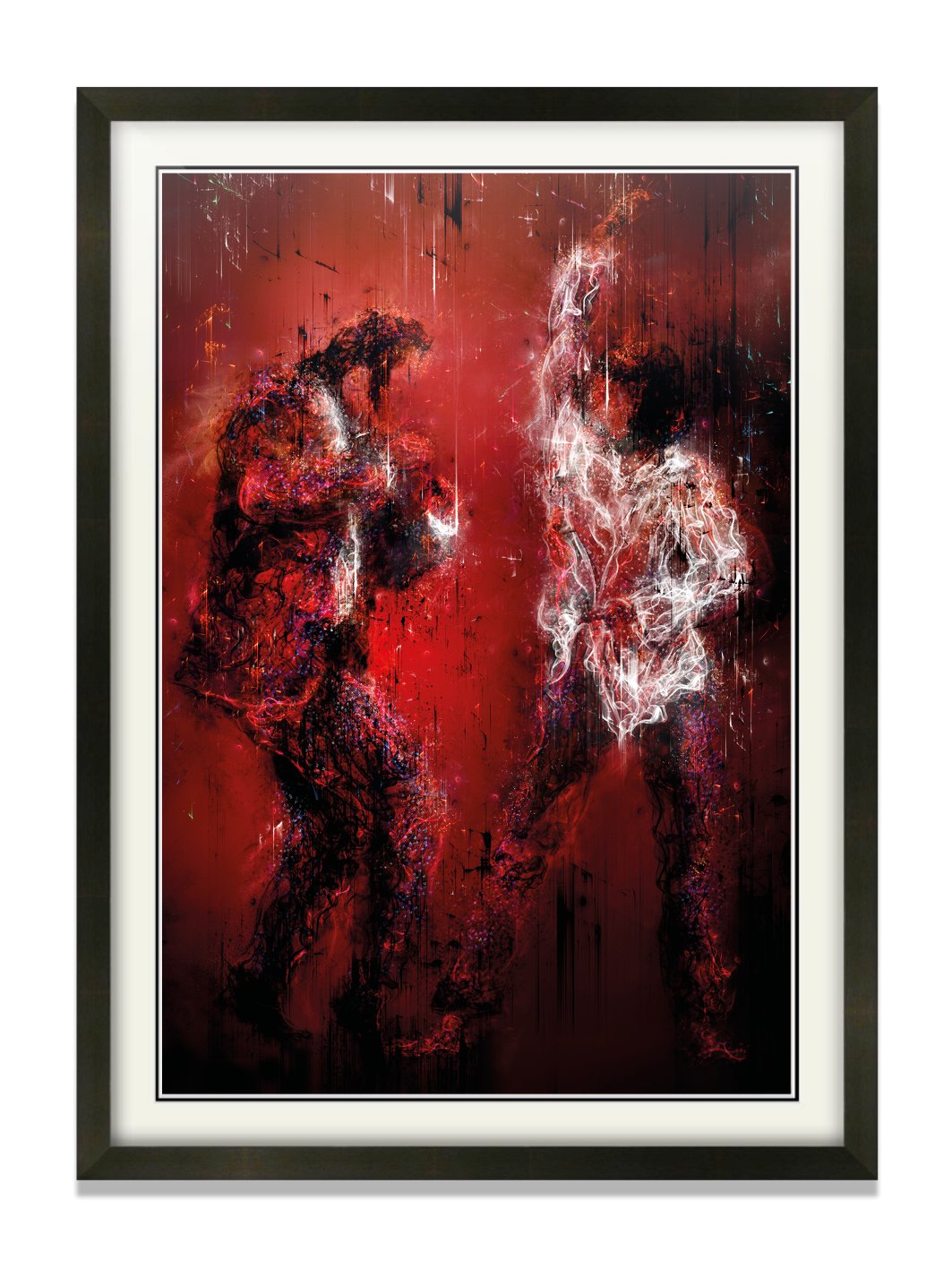 “Now I wanna dance, I wanna win. I want that trophy, so dance good…”

I have chosen to depict part of the renowned routine that played out at the JackRabbit Slim’s dance contest with Mia Wallace and Vincent Vega. You see a lot of silhouettes of this routine online but never with any emotion, drama or movement so I have set about with the intention of doing just that with this.

I have taken the elements that exist within ‘BALBOA’ and ‘Moonwalker’ to create a follow on a piece that complements and contrasts. The background from the film at this point is one of blues and blacks with neon flashes, I have chosen to build the characters around a rich red and black backdrop to instead be a nod to the darkness and bloodshed from Tarantino’s masterpiece.

The neon elements are depicted in abstract form with the coloured markings that interact with the characters, a cool addition without being a distraction. These tones are further reflected within areas of the two figures that are a further abstract method of bringing colour into what was a monotone outfit for both Mia and Vega.

Complex smoke is used to make up the bodies and is the base for intense detail that portray movement, light and drama. Abstract markings are used to break up and link parts of the composition whilst parts highlight point of interest, for example, the white vertical lines depict the light that catches Vegas cuffs whilst on a darker note also subtly reference cocaine that lines Mia’s nose.

The tiny icons that hover around the characters are a mix of beauty and blackness, these interact with both and symbolize the inner good and the contrasting dark circles that both operate within. Ultimately I wanted to do something a little different to the norm whilst continuing to build on this style of my work and most importantly do justice to a genuine masterpiece of a film.