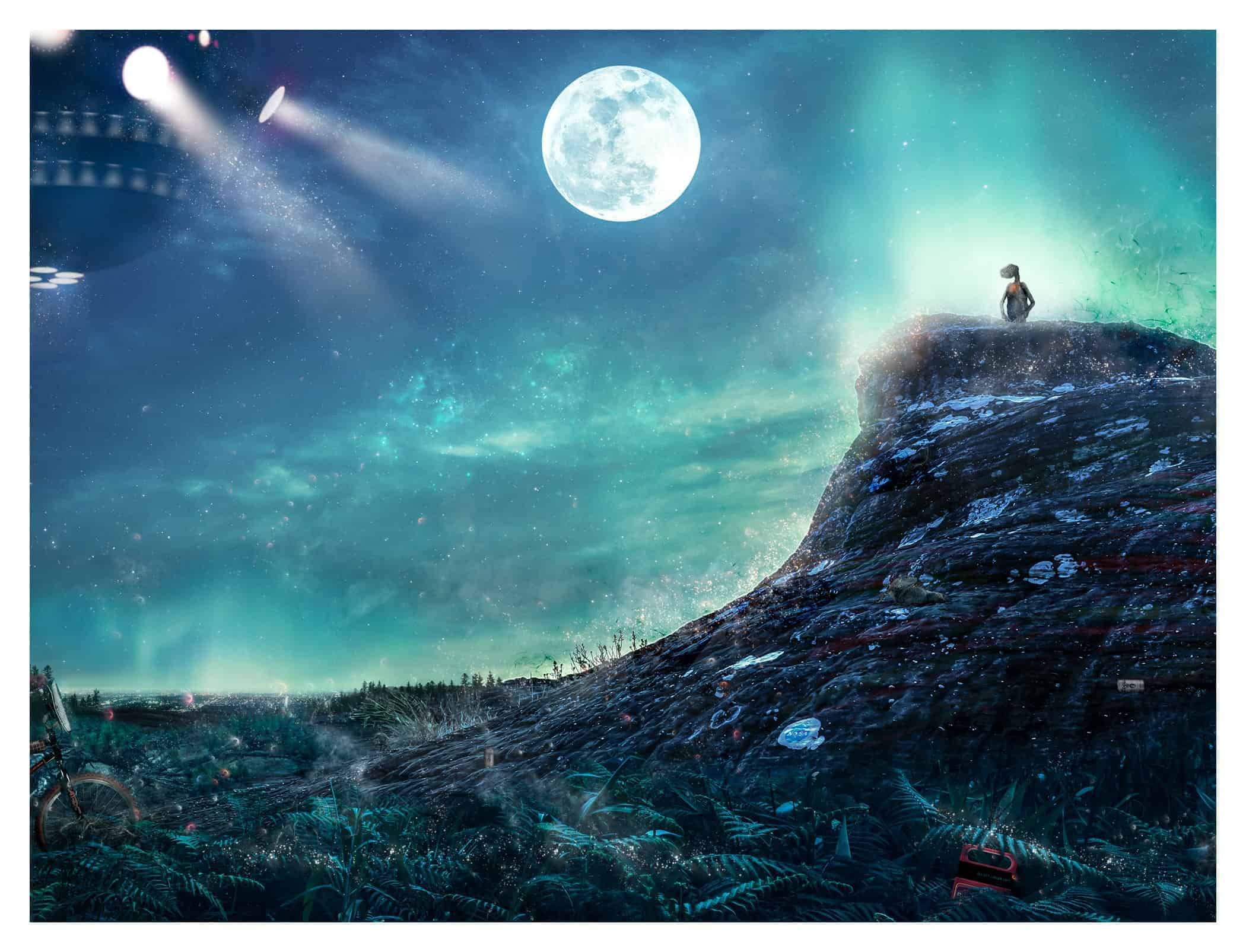 I Never Left
by Mark Davies

This is the follow up piece to my 2016 E.T. ‘I’ll Be Right Here’. I have wanted to create this for a good while now as it expands on my original narrative and confirms exactly what was happening in the original scene. What we now know is the ship wasn’t waiting for E.T. but in fact was about to leave without him on the little man’s request. This new piece shows another part of the forest a while later and shows the beautiful moment when Elliott stops his BMX just out of shot when he sees his friend come into view over the rocky crag. It is that interaction, that unbreakable bond that I wanted to focus on and make that the instrumental component in this piece and harness the wonderful friendship that these two characters have.
The only lights that shine are within the sky and from the Los Angeles grid in the distance, I have chosen to omit any search lights from the men that are trying to find E.T. because I wanted to make this purely positive and without question. The forest is alive with little magical detailing, almost like fireflies that glow amongst the ferns. Nestled within the fauna is the iconic ‘Speak & Spell’ that clarifies the piece ‘Elliott I Never Left’. Amongst the rocks sit a subtle NASA emblem, Coors beer cans and an Iguana basking in the moonlight, all supporting references to the Spielberg classic. My hopes for this piece is for it to be a natural progression, to stand alone but complement and to confirm and clarify the open-ended aspect of ‘I’ll Be Right Here’ and to truly do justice to the special bond between the two lead characters.

Be the first to review “I Never Left” Cancel reply