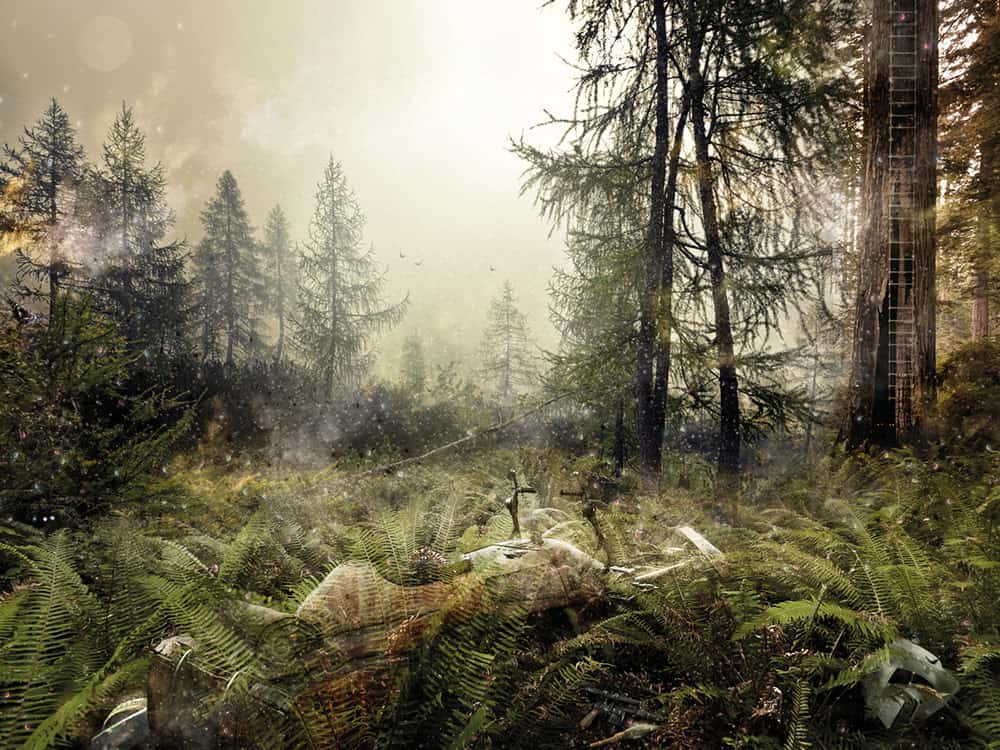 “This is my era, my memories and my interpretation of a series of incredible films that were the catalyst for so much happiness growing up in such a cracking decade and this has been a long time in the making!

From watching the earlier films as a family to making my Christmas list, writing down Argos catalog codes whilst listening to Dire Straits and Eddie Grant – Star Wars evokes so many wonderful and vivid images of a brilliant childhood.

Taking on such a beast as this shouldn’t be under-estimated, anything must be done with authenticity, doing justice to an incredible narrative and to inspire a fan base like no other.

I would never confess to being an out-and-out die-hard Star Wars nerd, fair play to those who are but it is the earlier films that really appeal to me for the reasons above. This is why I feel comfortable and excited taking them on, and ultimately happier when doing so as I cherish my childhood and family more than ever now.

‘Battles Passed’ is my first landscape scene inspired by Star Wars and I am so proud of the end result. This is such an ultra-commercial and over-saturated subject so anything I did would only ever run in line with what my work represents and offer something different, anything else doesn’t interest me and wouldn’t be authentic to my art.

The aim with this piece was to create something subtle, something with genuine class, where the real detail could actually be missed at first, instead of taking it for simply a beautiful landscape scene. I didn’t intend to shout with this one, just to do it justice and I am so proud of the end result.

I loved the battles of Endor, it was the intensity of the fight set amongst such a rich forest setting that was such a contrast to those set within a ship for example. I wanted to suggest remnants of battles passed, to show how nature lives on, slowly taking back control against the harshness of the man-made objects. Continuing this concept of battles passed I felt it apt to include a subtle reference to those faced by the late Carrie Fisher. Less is more…”

Be the first to review “Battles Passed (Starwars)” Cancel reply