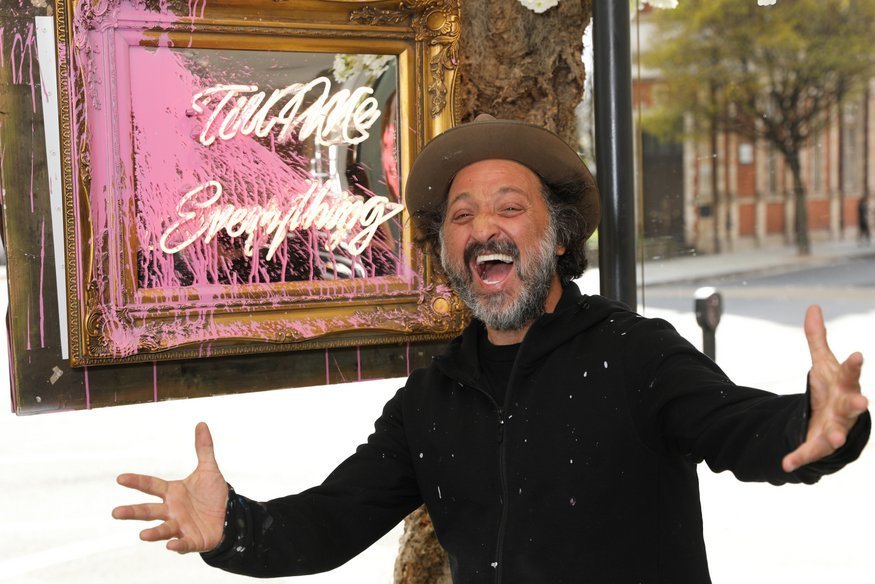 Mr. Brainwash, whose real name is Thierry Guetta, rose to frame when he collaborated with Banksy in his Academy-nominated documentary titled ‘Exit Through The Giftshop’. Born in France, Brainwash appropriates pop culture and combines colour and humour to create new originals artworks. In ‘Stella’ he recreates Andy Warhol’s infamous ‘Campbell’s Soup’ with the beer Stella’s logo. Taking popular imagery from other artists such as Keith Haring, Jeff Koons and Banksy, Brainwash creates work that now fetched up to £200,000. His collectors

are world wide and include Pope Francis as well as the Kardashians!! The artist managed to normalise street art and bring it into people’s houses.