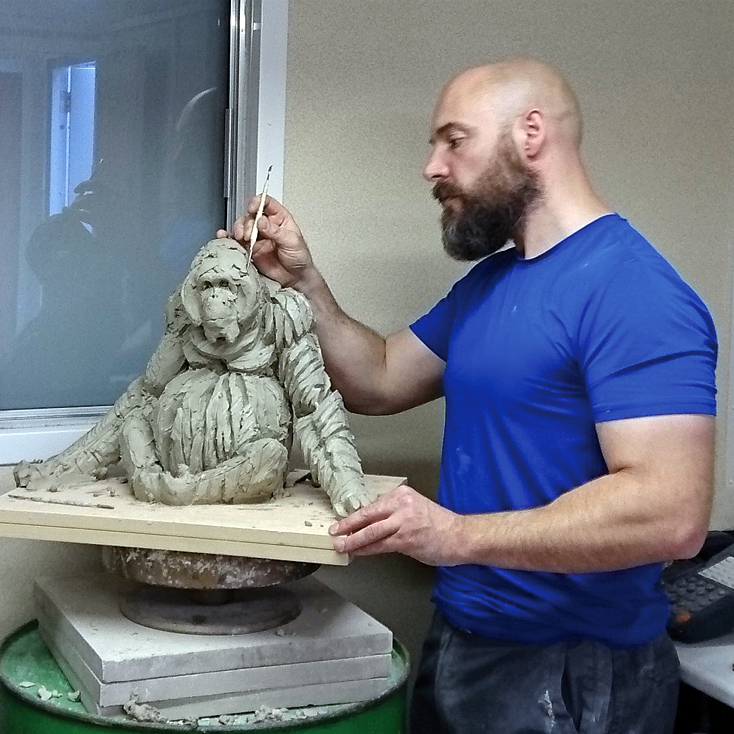 Matt Buckley started off his sculpting career over 20 years ago having been afforded the opportunity to hone his craft by following in the footsteps of his step father, Robert Harrop, by working on the ‘Country Companions’ and later named ‘ Doggie People’ range which have resided successfully to this day within the ‘giftware’ and ‘collectible’ industry for well over 25 years themselves.

Licensed figurines that Matt has both sculpted personally and directed include the Beano and Dandy, Camberwick Green,

Roald Dahl, Bagpuss, 2000 AD, The Magic Roundabout, Mr Benn and Gerry Anderson’s Thunderbirds, Captain Scarlet and Stingray, with many pieces being continually produced to this date.

Matt remains the Creative Director of Robert Harrop Designs LTD and indeed the skills and ability to manufacture quality figurines from within their family run company in Shropshire has enabled this very new collection of work to become a reality and Edge Sculpture to thrive.

This is a very new collection and very much at the beginning of its creative evolution and Matt indeed looks forward to designing, sculpting and producing many new concepts well into the future.