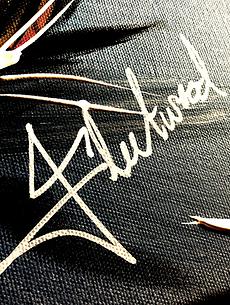 Fleetwood inspired to be a professional artist since an early age and gained recognition by the year 2011.

Majority of Fleetwood’s work focuses on a humorous aspect whereby well-known subjects are depicted with a contemporary twist.

Accompanied with an urban edge to his style, Fleetwood has had immense success with his style which basically is loose and fast. He focuses on dramatic compositions whereby bright palette is used for depicting vehicles and other famous objects.

Fleetwood has a deep passion for art, movies and

cars which helped him, build up his exciting modern style.