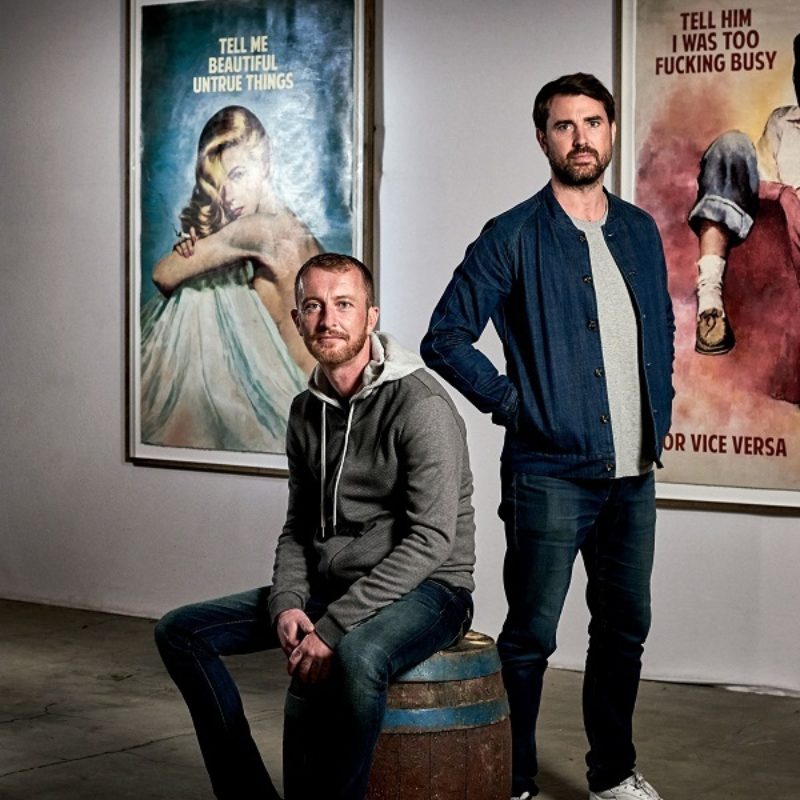 Working under the anonymity of fictional characters twins Franklyn and Brendan Connor. Two American twins brought up in an extremist Christian cult known as 'The Family' and deprived of access to information from the outside world. They revealed their true identity in 2014, in a feature with Mick Brown.

Their work blurs the boundaries between truth and fabrication, highlighting the romanticism of everyday life. Playing with retro imagery and pop themes, The Connor Brothers continue to stir and excite their audiences.

work begins with a study where we put down ideas for quotes. Often these are just rambling texts about things we’ve been talking or thinking about, which we then try to concentrate into a single sentence. Reading them back they feel like snapshots of temporary obsessions or life events”.... The Connor Brothers

Their work has taken markets by storm with rare and sought after prints and originals available in galleries and collections all over the UK.