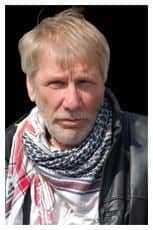 Allen Tortice was born to a mining family in what was at the time the heart of the industrial northeast. One of eight children, he was educated at the local village school, after which he had a number of jobs including, like his father, going down the mines, and later, a brief spell in the army.
He also attended Wakefield College to study mining engineering, but left to join the Army (R.E.M.E.) where he won the cross

rifles for marksmanship on the first shoot!

Many jobs followed but he started painting seriously in 1987, and had his first one-man exhibition the same year, which was a sell out on the first day. He had four more exhibitions after this in Leeds, Harrogate and Blackpool.

Allen has always been drawn to industrial landscapes, feeling that these are disappearing fast, and he tries to capture them before the past is gone forever. He thinks that we must not forget our industrial heritage, for that is what made us great.

He found out late in life that he has Aspergers Syndrome, a form of Autism. He knew he was different but did not know why. He describes his feelings: I was bursting inside to express myself and I found that art was my only friend.

His aspiration has been to capture the essence of our country, for this is what he feels is his being. I believe part of the city can produce powerful images, in the hands of a passionate artist.
Gradually he developed his own style of painting, allowing him vividly to express the atmosphere of the industrial landscape, which is so familiar to him. The stark reality of his subject matter is contrasted by its nostalgic charm and the method of its portrayal.
Not only has Allen a keen following for his paintings, but also he has developed much interest in his poetry, written on the back of his watercolors. They take us back through much of Allens childhood experiences and of those who grew up around him.

Allen has had a number of one-man exhibitions around the country, and his work has been featured on television.